Ubuntu is arguably one of the most popular and widely-used Linux distribution owing to its classic UI, stability, user-friendliness, and a rich repository that contains over 50,000 software packages. Furthermore, it comes highly recommended for beginners who are trying to give a shot at Linux.

In addition, Ubuntu is supported by a vast community of dedicated opensource developers who actively maintain contribute to its development to deliver up-to-date software packages, updates, and bug-fixes.

There are numerous flavors based on Ubuntu, and a common misconception is that they are all the same. While they may be based on Ubuntu, each flavor ships with its own unique style and variations to make it stand out from the rest.

In this guide, we are going to explore some of the most popular Ubuntu-based Linux variants.

Used by millions around the globe, Linux Mint is a massively popular Linux flavor based off of Ubuntu. It provides a sleek UI with out-of-the-box applications for everyday use such as LibreOffice suite, Firefox, Pidgin, Thunderbird, and multimedia apps such as VLC and Audacious media players.

Owing to its simplicity and ease-of-use, Mint is considered ideal for beginners who are making a transition from Windows to Linux and those who prefer to steer clear from the default GNOME desktop but still enjoy the stability and the same code base that Ubuntu provides.

The latest Mint release is Linux Mint 20 and is based on the Ubuntu 20.04 LTS

If there was ever a Linux flavor that was built with stunning appeal in mind without compromising crucial aspects such as stability and security, then it has to be Elementary. Based on Ubuntu, Elementary is an opensource flavor that ships with an eye-candy Pantheon desktop environment inspired by Apple’s macOS. It provides a dock which is reminiscent of macOS, and beautifully styled icons and numerous fonts.

From its official site, Elementary emphasizes on keeping users’ data as private as possible by not collecting sensitive data. It also takes pride in being a fast and reliable operating system ideal for those transitioning from macOS and Windows environments.

Just like Ubuntu, Elementary comes with its own Software store known as App Center from where you can download and install your favourite applications ( both free and paid ) from a simple mouse-click. Of course, it ships with default apps such as Epiphany, photo, and video playing application but the variety is quite limited compared to Mint

Written in C, C++, and Python, Zorin is a fast, and stable Linux distribution that ships with a sleek UI that closely mimics Windows 7. Zorin is hyped as an ideal alternative to Windows and, upon trying it out, I couldn’t agree more. The bottom panel resembles the traditional taskbar found in Windows with the iconic start menu and pinned application shortcuts.

Like Elementary, it underscores the fact that it respects users’ privacy by not collecting private and sensitive data. One cannot be certain about this claim and you can only take their word for it.

Another key highlight is its ability to run impressively well on old PCs – with as little as 1 GHz Intel Dual Core processor, 1 GB of RAM & 10G of hard disk space. Additionally, you get to enjoy powerful applications such as LibreOffice, Calendar app & slack, and games that work out of the box.

Developed & maintained by System76, POP! OS is yet another opensource distribution based on Canonical’s Ubuntu. POP breathes some fresh air in user experience with an emphasis on streamlined workflows thanks to its raft of keyboard shortcuts and automatic window tiling. 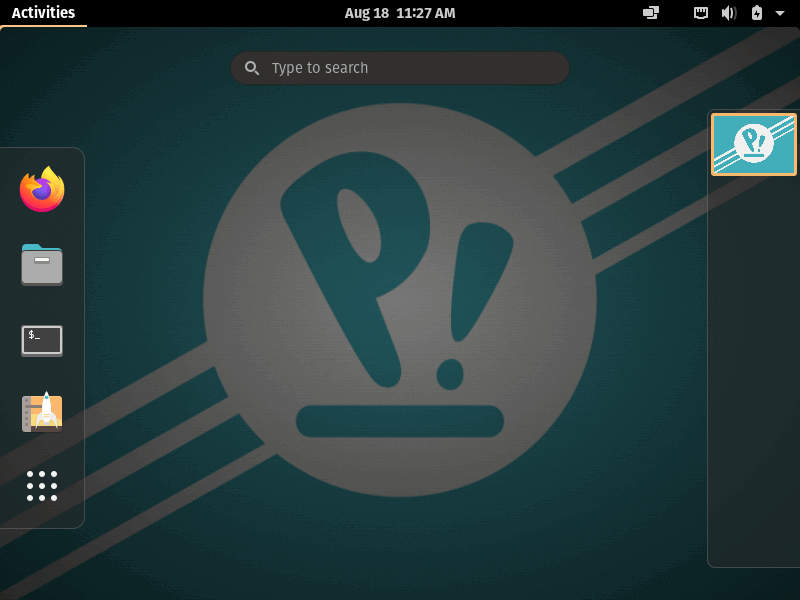 POP! also brings on board a Software Center- Pop! Shop – that is replete with applications from diverse categories such as Science & Engineering, development, communication, and gaming apps to mention a few.

A remarkable improvement that POP! has made is the bundling of NVIDIA drivers into the ISO image. In fact, during the download, you get to select between the standard Intel/AMD ISO image and one that ships with NVIDIA drivers for systems equipped with NVIDIA GPU. The ability to handle hybrid graphics makes POP ideal for gaming.

If you are wondering what to do with your aging piece of hardware, and the only thought that crosses your mind is tossing it in the dumpster, you might want to hold back a little and try out LXLE 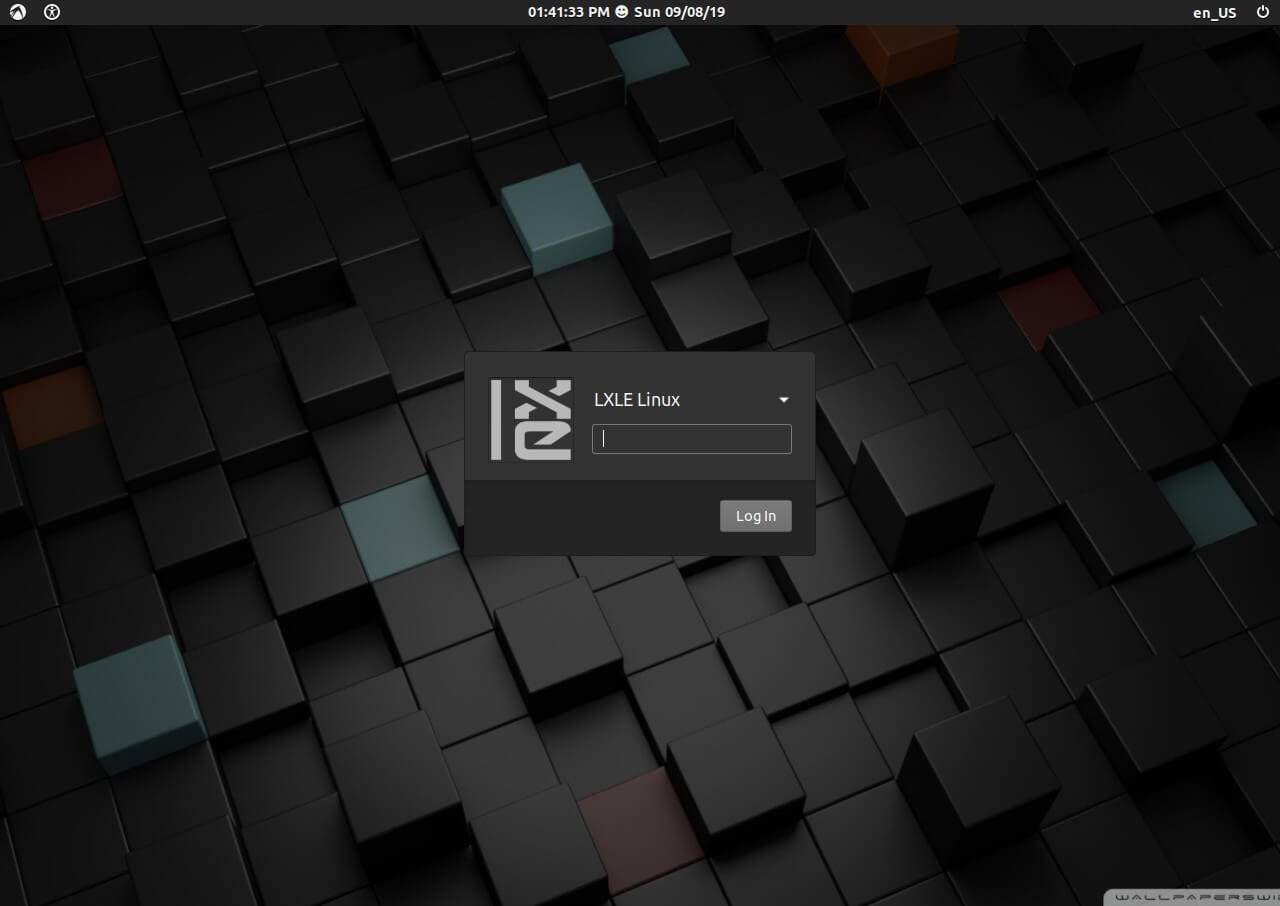 The LXLE project was primarily developed to revive old PCs that have a low specification and have seemingly outlived their usefulness. How does it achieve this? LXLE ships with a lightweight LXDE desktop environment that is friendly on the system resources without compromising on the functionality required to get things done. We have included it in a previous article on the best Linux distributions for old computers

LXLE is packed with cool wallpapers and numerous other additions and customization options that you can apply to suit your style. It’s super fast on boot and general performance and ships with added PPAs to provide extended software availability. LXLE is available in both 32-bit and 64-bit versions.

Kubuntu is a lightweight Ubuntu variant that ships with KDE Plasma desktop instead of the traditional GNOME environment. The lightweight KDE Plasma is extremely lean and doesn’t gobble up the CPU. In so doing, it frees up system resources to be used by other processes. The end result is a faster and reliable system that enables you to do so much more. 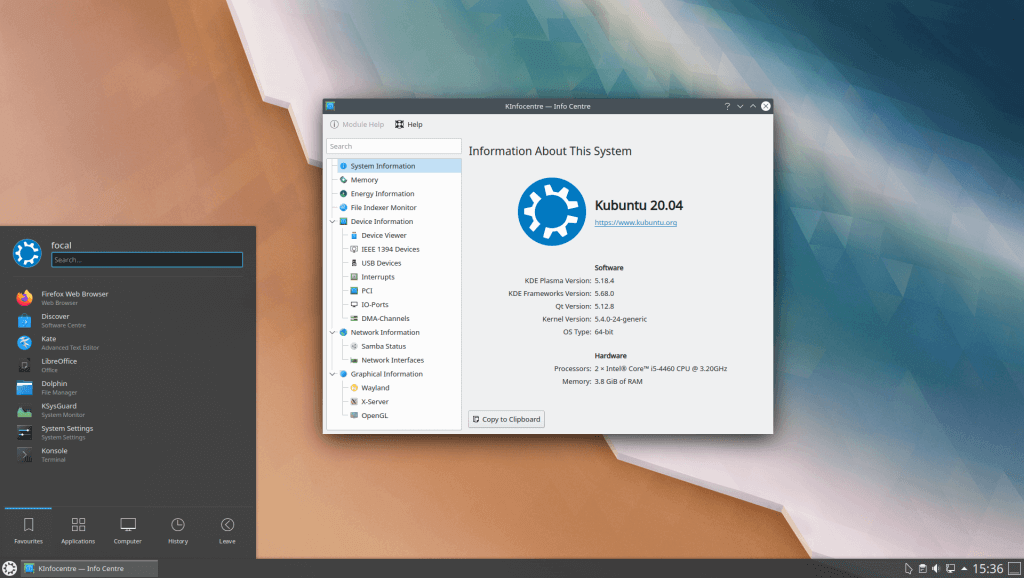 Like Ubuntu, it’s quite easy to install and use. The KDE Plasma provides a sleek & elegant look-and-feel with numerous wallpapers and polished icons. Aside from the desktop environment, it resembles Ubuntu in almost every other way like shipping with a set of apps for everyday use like office, graphics, email, music, and photography applications.

We cannot afford to leave out Lubuntu which is a lightweight distro that comes with an LXDE/LXQT desktop environment alongside an assortment of lightweight applications. 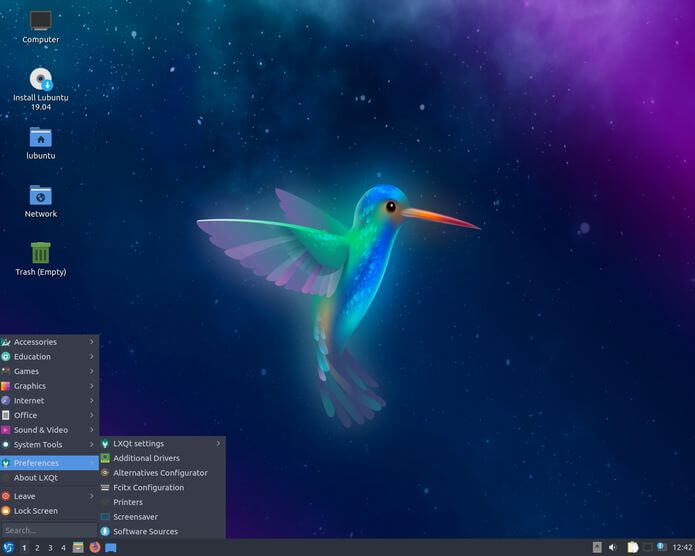 A portmanteau of Xfce and Ubuntu, Xubuntu is a community-driven Ubuntu variant that is lean, stable, and highly customizable. It ships with a modern and stylish look and out-of-the-box applications to get you started out. You can easily install it on your laptop, desktop and even an older PC would suffice. 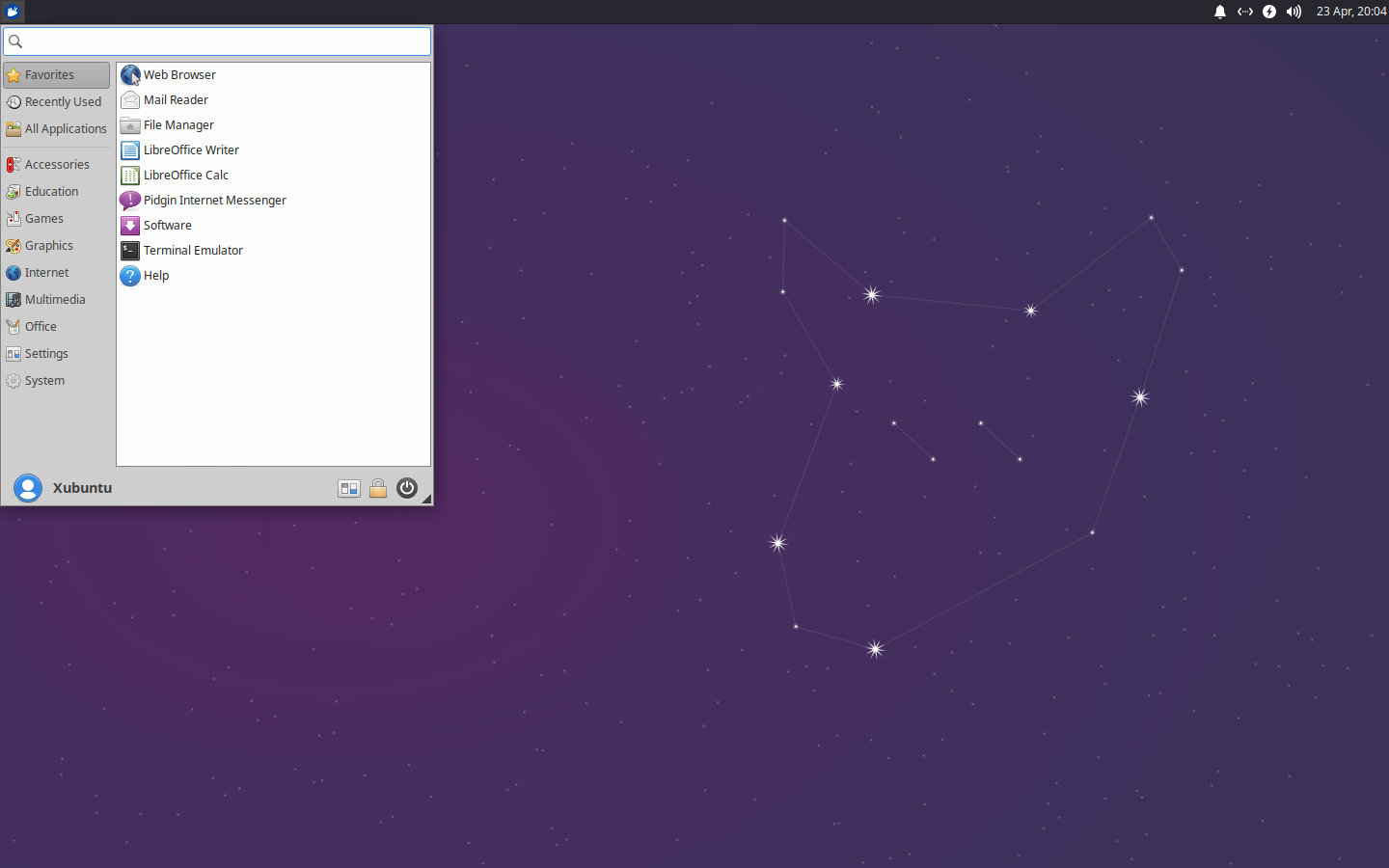 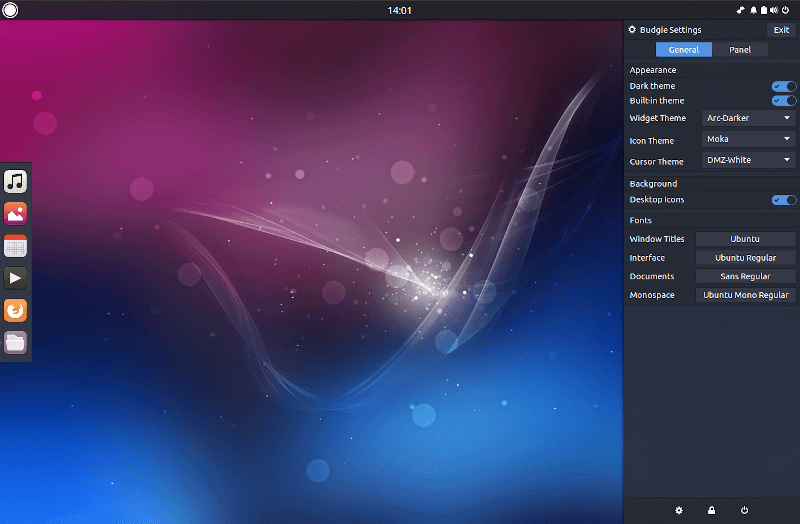 We earlier featured KDE Neon on an article about the best Linux distros for KDE Plasma 5. Just like Kubuntu, it ships with KDE Plasma 5, and the latest version – KDE Neon 20.04 LTS is rebased on Ubuntu 20.04 LTS 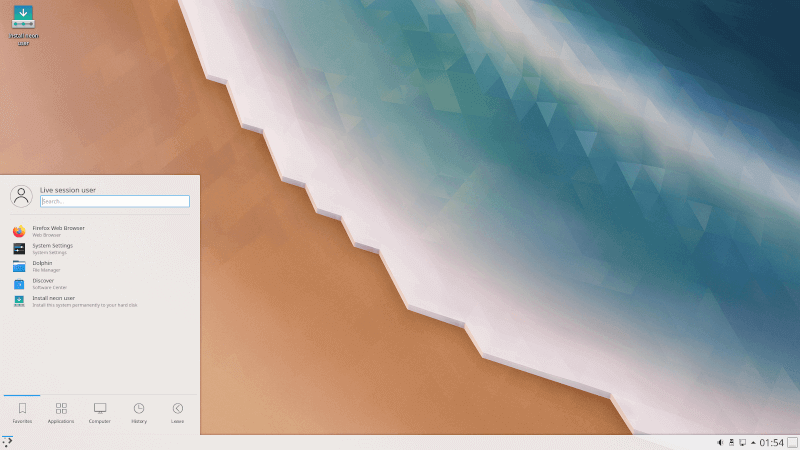 This may not be the entire list of all Ubuntu-based Linux distros. We decided to feature the top 10 commonly used Ubuntu-based variants. Your input on this is highly welcome. Feel free to send a shout.

How to Set Up a Child’s Smart Bedroom